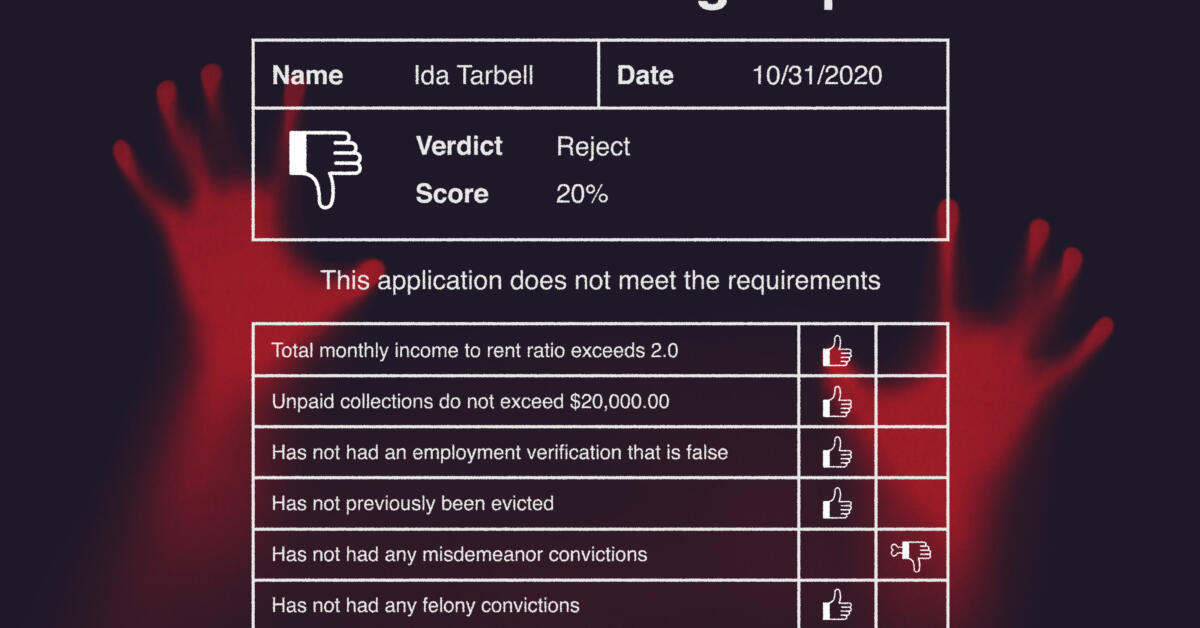 Everything was already packed into boxes, and she just had to go pick up the keys. Rafaela Aldaco had been struggling financially for years, raising two kids on her own, and now she was thrilled to have been accepted into a nonprofit transitional housing program in the suburbs of Chicago geared toward single moms in danger of homelessness. The program would both help her pay her rent at a new place and pay back old debts—a lifeline.

When she showed up at the apartment, though, she was told there was a problem. A tenant-screening report had surfaced something she’d rather forget, an altercation with her then-boyfriend when she was 18. At the time, she had taken five days of community service and six months of probation in exchange for having her record dismissed. But there it was on her Rentgrow screening report, almost 20 years later. She was turned away from the apartment, and the program. She drove her boxes to a storage facility.

“She was all excited about it,” Aldaco’s friend from her church’s Bible study group, Clementine Frazier, told lawyers in the court case Aldaco later filed against Rentgrow, “and then when it didn’t happen, she was devastated. Because she had nowhere to go.”