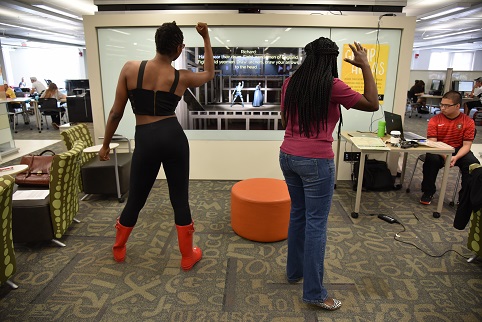 The project, in coordination with the DSI, involves the creation of a gaming environment in which students recreate scenes from many works of Shakespeare. With this project, movement and vocal data are gathered as participants act out a given scene. From here, the data is taken and created into a video of the production and can be shared with others. This is an exploratory project in which the researchers are trying to not only bring about a better understanding of Shakespeare’s works but also recognizing speech and movement patterns.