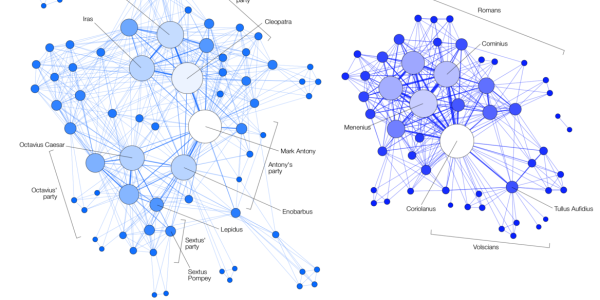 The numbers are staggering. But for Martin Grandjean, a data scientist based in Geneva, theyâ€™re also an opportunity.

Grandjean examined how many and which characters appear on stage together at different points in each play to produce data visualizations that graphically represent these numbers. The graphics reconsider the relationships between different characters in the play, including who plays the most central role in the script â€” a result that Grandjean said sometimes surprised him.