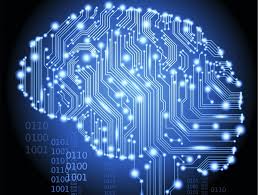 Software prototyping for a new media

This talk will explore the implications ofÂ â€œintimacyâ€ and how it rubs against the dogma of the computer science field, which is still caught up in the frame of automation. Robert M. Ochshorn will show a selection of prototypes, work and sketches re-imagining our relationship to archive and media, through a discussion about what it means to â€œinterfaceâ€ with the past, with the present, and with one another. The talk will include brief demos of several sound and video tools that will be installed on servers in the Digital Scholarship and Data Science Labs at UC Davis, for research uses within the campus community.

Â Robert M. Ochshorn is a Berlin-based artist, programmer, and researcherÂ developing media interfaces for extending human perceptiveÂ and expressive capabilities. Ochshorn has a computerÂ science background and consults for theCommunicationsÂ Design Group (CDG) LabÂ in San Francisco, founded by Alan Kay and Bret VictorÂ on the model of Xerox PARC. Previously, he has worked inÂ the Interrogative Design Group at MIT and Harvard, and hasÂ held fellowships in the Design Department of Jan van Eyck Academie and at the AkademieÂ Schloss Solitude. http://rmozone.com