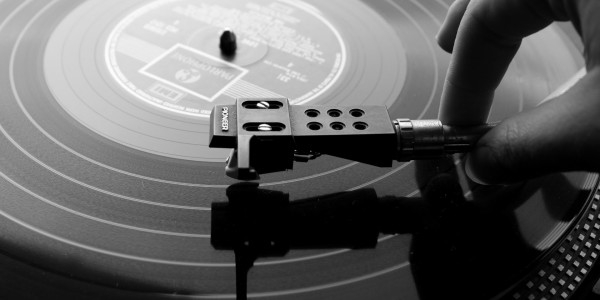 Source: The Physical is the New Ephemeral

Throughout the 1990s and early 2000s, the nascent period of what is now increasingly refered to as the Digital Humanities, one particular criticism dominated the academy at large’s resistance to the digital in all its forms: the ephemerality of the digital. Entire conferences, numerous books, and more journal articles and discussions than can be easily counted were devoted to this topic. Regardless of other differences in opinion, supporters and detractors alike seemed to agree that the single, biggest hurdle presented by digital work was the simple fact that, unlike the trusty codex which had a hearty, stable shelf-life, the produce of our efforts would unquestionably, more likely sooner rather than later, be rendered unreadable, lost, and forgotten.

Those of us who worked in the digital answered these objections by prophesying a future digital archeology in which various preservation, forensic, and emulation methods would be applied to insure that our work would never be lost. Even the most liberal of these arguments, however, accepted the fundamental premise of the ephemerality of the work. The best we could offer in response was something akin to an imagined digital-rare-books room where an elite cadre of scholars could view our outdated work on specially designed and/or programmed computers. None of us at that time, at least none whom I can recall, had the audacity to suggest anything close to digital reality as it actually evolved to the present day. A reality in which digital works are infinitely more stable and likely to have a longer, usable shelf life than their physical counterparts.

Even as I type, the above proclamation sounds hyperbolic; but it is unquestionably true. A thing printed on paper is likely to have a shelf-life of one or two weeks; if published and widely distributed in print, an increasing rarity, it may survive a few years; and if, somehow, against all odds, a work is sufficiently absorbed into the cultural canon and its physical embodiment is deemed substantively enough different from its electronic embodiment such that some library actually purchases a hard-copy for preservation, perhaps one or two instances may last several hundred years. By contrast, a simple Facebook or Twitter post is forever. It will be instantaneously duplicated, backed-up, and subjected to data redundancy efforts both through its original distribution cloud and the clouds of the NSA and various other national and international security networks. It will instantaneously be duplicated into so many copies that the odds of every copy being destroyed and/or rendered unreadable are effectively nill. The most basic reality of the cloud is not that information is fleeting, but that it is impossible to kill. Information mining and not information life-span is, as it turns out, the achilles’ heel of the digital age.

This is not to say that it will not still require non-trivial effort to perfectly render the digital production of previous eras. In the face of advances of screen technology, shape, and size, it already takes some effort to experience digital resources from the mid 1990′s in anything resembling their original modes of display; but, the Norton Anthology printing of selections from Blake’s Songs of Innocence and Experience is hardly an accurate representation of its analogue. There is every reason to believe that these early digital productions will, with very minimal effort on the part of the end-user, remain perpetually â€œreadableâ€ by the same standard. The state of automated data crosswalk and manipulation is such that it is almost impossible to imagine a world where instantaneous conversion of .html, .doc, or .pdf files to whatever renderable standard holds the day is not built completely into the backbone of the network itself. We see this to a small degree already in, for example, the Google Docs platform.

The fact that we now live in a world of information permanence rather than impermanence is culturally manifest in myriad ways. Anyone entering the job market today understands that a perspective employer can and probably will find any and everything about them that has ever been published online. And in an interesting twist of fate, given that it was, in fact, the intelligence needs of the American military that gave rise to the implementation of the ARPANET, the predecessor to the modern internet, such agencies are finding it increasingly difficult to hire and develop cover identities for foreign operatives due to the fact that nearly every person in the industrialized world who is under 25 years of age has had a photograph of themselves published somewhere on the net with their real name attached to it.

But the most interesting cultural manifestation of the permanence of digital information is the fact that digital natives now value a range of good old physical objects precisely because they view them as ephemeral. Recent years have seen a resurgence of the Polaroid camera, photo booths, and vinyl records not because the sound or image quality they deliver is superior, but because digital natives are attracted to their fragility. As it turns out, in the face of the digital, the best way to imbue a work of art, or anything for that matter, with aura, is to produce it through the means of mechanical reproduction.