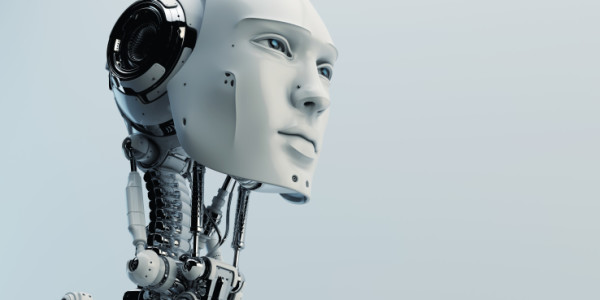 Interoperability has been a focus of the Digital Humanities since its inception. In the 1990s, this preoccupation took the form of an hypertext ideology that promised to â€œallow one to navigate through large masses of documents and to connect these documents, or parts of documents, in complex waysâ€ [1]. By the turn of the millennium, â€œWeb 2.0â€ and â€œThe Semantic Webâ€ upped the ante on hypertext’s human created linkages by promising â€œan environment where software agents roaming from page to page can readily carry out sophisticated tasks for usersâ€ and â€œmachines become much better able to process and ‘understand’ the dataâ€ [2]. Today we have the RESTful Web (Representational State Transfer) and Linked-Data, both of which continue to promise a technological landscape in which the network can be used â€œto lower the barriers to linking data currently linked using other methodsâ€ or â€œto connect related data that wasn’t previously linkedâ€ [3].

Various modes of humanities study have been deeply concerned with the question of textual linkages since long before the advent of anything resembling the Digital Humanities. It has always been the domain of the humanist to follow the trails of influence and overlap from one cultural product and/or moment to the next. The â€œvalue addedâ€ that the Digital Humanities brings to the table is the notion that this work can be automated and that such automation liberates the process from both (a) the limited time, and (b) the limited perspective of the individual scholar.

The first of these two propositions, that a computer can draw linkages between data more quickly than can human scholars, speaks to the Linked Data community’s proposition that computers can be used to â€œlower the barriers to linking data currently linked using other methods.â€ This is most certainly true. The computer’s computational power makes it possible for machines to tabulate and organize well structured data far more quickly than can any human. This ability was exploited by what were arguably the first implemented Digital Humanities systems, the computerized library catalogues of the second half of the twentieth century, and it continues to be exploited by a host of more recent Digital Humanities projects [4].

But the computer’s ability to more quickly perform tasks already being performed by human scholars does not explain the rise of the Digital Humanities as a recognized and increasingly institutionalized field of academic study, any more than does the other great intrusion of computing technologies into the realm of humanities work, the widespread adoption of the word processor as the primary means of scholarly textual production. To understand the rise of the Digital Humanities, one must turn to the second of the value added propositions above, the promise that the application of computing technologies can somehow free knowledge from the limited perspective of the individual scholar and â€œconnect related data that wasn’t previously linked.â€ The seminal proposition of the Digital Humanities is that the application of computing tools to humanities studies will, to partially quote the title of one well-known, Mellon funded project, â€œOffer New Knowledge,â€ not simply deliver existing knowledge in a faster and/or more presentable fashion [5].

Computer scientists, with whom digital humanists have far to little scholarly exchange, realized some time ago that the move towards automation does not necessarily liberate information. As John McCarthy and Patrick J. Hayes noted in their seminal 1969 article, Some Philosophical Problems form the Standpoint of Artificial Intelligence, there is a fundamental problem with any approach to computing that assumes that an artificial intelligence can create knowledge that is somehow different from that of the human intelligence that programmed it. This is because â€œa computer program capable of acting intelligently in the world must have a general representation of the world in terms of which its inputs are interpretedâ€ [6]. It, like a human scholar, must first inhabit a structured knowledge universe with its own possibilities and limitations before it can be set to task in solving a particular problem. Lyotard’s proclamation that, â€œIf there are no rules, there is no game,â€ [7] stands just as true for the Artificial as the Human intelligence.

If, then, the Digital Humanities is to fulfill its mandate of generating new knowledge, it must first grapple with the problem of exactly how to build an intelligent system that has an epistemological and heuristic world view that is, at its inception, or capable of evolving to be, different from our ownâ€”for it is only in this moment of difference that we can hope to produce legitimately â€œnewâ€ knowledge. An extended discussion of this problem is beyond the scope of the present venue. But I will provide a framework for a basic approach to understanding it. According to McCarty and Hayes, a computerized system can act intelligently only to the extent that it has already answered or been given answers to the following four basic questions:

What kind of general representation of the world will allow the incorporation of specific observations and new scientific laws as they are discovered?
Besides the representation of the physical world what other kinds of entities have to be provided for? For example, mathematical systems, goals, states of knowledge.
How are observations to be used to get knowledge about the world, and how are the other kinds of knowledge to be obtained? In particular what kinds of knowledge about the system’s own state of mind are to be provided for?
In what kind of internal notation is the system’s knowledge to be expressed? [8]

These questions can be re-formulated to speak specifically to the Digital Humanities as follows:

What type of general representation of both the physical and symbolic universe will allow for the incorporation of established modes of thinking about culture and at the same time remain flexible enough to automatically account for new or previously unrecognized structures and concepts that may arise?
Besides the representation of the physical world and its digital analogues, what other kinds of entities have to be provided for? For example, historical states of knowledge (human, cyborg, and automaton), linguistic and other symbolic systems, mathematical and statistical systems, etc.
How will the system acquire information, including information from other systems and data pools? In particular, what kind’s of information about the system’s own state of mind, particularly as it relates to the states of mind of other systems, are to be provided for?
In what kind of internal notation is the system’s knowledge to be expressed?

Considering these questions from a disciplinary perspective, digital humanists have devoted a great deal of attention to question four, a fair amount of attention to question three, and not nearly enough attention to questions one and two. The drive towards interoperability has, generally speaking, focused our attention unduly on questions of information presentation and mechanisms of delivery. Countless hours and funds have and continue to be devoted to questions of whether and how we encode our content. (Should we use TEI or RDF triplets? Files or relational databases?) And almost as much time and money has been devoted to investigating and designing mechanisms for sharing our data once it has been encoded in a common language. (Should we use an aggregated data store or a web-service? Should we use SOAP or REST?) But with rare exception, the information being encoded and exchanged has assumed a type of discipline specific, ontological status quo in relation to the first two of the above questions.

This is not to say that there has been no attention paid to the question of how our digital tools are modeling the information universe. Looking back to the earlier days of the Digital humanities, initiatives such as the Text Encoding Initiative, and to a lesser extent the Machine-Readable Cataloging standard (MARC), devoted tremendous time and energy to the project of conceptually modeling the textual and cataloguing universe. But these initiatives were concerned with instantiating their various world views at the level of code, not with developing a world view that would â€œaccount for new or previously unrecognized structures and concepts that may arise.â€ The â€œ states of knowledgeâ€ that they strove to represent were, while flexible from the encoder’s perspective, fixed from the perspective of an Artificial Intelligence that might ultimately be tasked with creating linkages between encoded texts. More recently, initiatives such as the Functional Requirements for Bibliographic Records (FRBR) and Resource Description and Access (RDA) have engaged in a much more thorough attempt to model the information universe in a manner that is capable of extending beyond traditional methodologies; but these initiatives, and others like them, still fundamentally model their information universe from a limited use perspective. They assume a particular user doing a particular type of work rather than a particular user with an extensible, philosophical world view. Such an assumption is highly functional, one might even say necessary; however, it limits the use-value of the resulting system from the perspective of the first question above, which is essential for creating a computing system capable of finding, creating, and delivering novel links between information sources.

If the Digital Humanities is to fulfill its own promise, we need to adjust our thinking about linked data beyond its application to particular use-cases. We need to specifically address the fundamental problem of developing intelligent agents capable of evolving their own world view based upon the ingestion of cultural artifacts, rather than simply linking these artifacts based upon a pre-determined and pre-programmed world view. It is tempting to think that computer scientists will do this for us, but this is unlikely. As McCarthy and Hayes point out, â€œsince the philosophers have not really come to an agreement in 2500 yearsâ€ regarding the ontological, epistemological, and heuristic foundations of the intelligent human system, it would seem that â€œartificial intelligence is in a rather hopeless state if it is to depend on getting concrete enough information out of philosophy to write computer programsâ€ [9]. Who better than the digital humanist to do just that? In so doing, we would produce not only better technologies for our own applications but also re-establish the humanities as an important, working partner with the technological sciences.